*Due to esafety filters, you will not be able to see our Facebook feed within school.

We would love to see all Year 11s there in their suits and prom dresses to celebrate the end of their five years at Ashton Park.

The cost is £38 which can now be paid on Parent Pay either in full or in instalments.

Ashton Park School will be holding their annual Careers Fair on Thursday 13 February 2020 from 4.45 pm -7.15 pm. This event is open to any student, parent/carer or member of staff from any Bristol school and surrounding areas.

The careers fair has grown enormously in size over the last few years and with over 60 exhibitors attending this year from a cross-section of; industry, HE and FE organisations, apprenticeship providers, individual organisations, voluntary sector and the uniformed services, it looks to be another success.

The event is again aimed primarily at Years 9 to 13 (13-19-year-olds) and coincides with Year 9 Options in many schools, this being a key time for students considering their GCSE subjects. However, as all students in KS4/5 are considering their futures being able to access such a wide variety of organisers will give students an excellent choice and insight into various career pathways.

If you have any questions please contact: Kathy Jemmott, Ashton Park School Careers
Co-ordinator on;

We look back on a fantastic series of events which saw over 2000 people visit the moon installation. Those fortunate enough to be at the launch night heard from Luke Jerram himself and enjoyed good food and a wonderful evening that culminated in an outdoor gathering to enjoy the soulful blues of Kiris Riviere and the Dambusters.

The Friday night brought us the Arts Soiree where we were entertained by the Handfuls of Harmony core choir. This was merely the warm-up act for a series of performances from Ashton Parks up and coming drama and musical stars. The weekend saw hundreds of the public streaming into school to enjoy the delights of the Museum of the Moon with its fantastic atmospheric soundtrack.

Throughout all of the events visitors marvelled over the quality of the art and photography on display in our Arts exhibition. Many people enquired about buying the work on show which was a fitting tribute to the skill of our young artists and the staff teaching them.

We are pleased to announce that the events raised a magnificent £8475.09. This money will go towards the installation of new sound and lighting in the schools main hall. Further events to raise funds for this cause are planned for the next school year. Many thanks to all of those who contributed.

We hope everyone enjoyed the two days of sport! The PE teachers were delighted with the performances and the determination shown by everyone. Positive sportsmanship was demonstrated perfectly on both days with handshakes, cheering and respect for competitors. Ashton Park teachers are very proud of our athletes and supporters. Well done! The weather was fantastic, the music playlist helped get the crowd going on the Track day and we had records broken on the Field events day.

This year, Congratulations go to: Lily C for setting the new Y7 Shot putt record with a distance of 8.5m; The record was broken last year, the first time since 1983 by Elif K with a distance of 8.10m. Elif broke another record this year by recording a distance of 8.5m in the Y8 Shot putt. Two records in a row is a fantastic achievement. Evie H Y10 set the new the long jump record @ 4.75m. Well done girls. You should be very proud.​

The Field events cup was presented to Evie H in Y10 and the George Blackburn Cup, awarded for middle and long distance running was won by Beck H-H in Y9.

After two days of fierce competition, the winners of this year’s sports day, taking over from Red House, with ‘lightning’ speed is ……………… Zeus! Congratulations. A fabulous team effort, from Y7 – 10.

The next round of House competition is rounders and softball in just over a week. Sign up, tell your Captains you want to play.

Thank you so much to everyone that has contributed beautifully made bags and stationery to the project.
We hope you have enjoyed the experience of making them. It has been really nice to hear all the stories connected to the fabrics and decor behind each bag. So much time, creativity and thought have been put into them.

They have all been packed ready for us to take early on Thursday morning alongside the Inspirations Expedition 2018 team.

Without all the community spirit we could not have collected as many as we have! So another big thank you to the SWBCLT who have spread the word.

The project will run again next year. So please keep making and collecting the bags we so often take for granted. They are going to be cherished and admired by so many people in our partnership community and schools in Kenya.

We hope you enjoyed taking part and there will be lots of pictures to share on our return.

Make sure you follow us on our journey in Kenya:

Yr7 and YR8 students took part in a STEM Wind Turbine engineering challenge in collaboration with the BoxED UWE program of events. Students had to design and build a turbine that would generate enough power to run mobile device.

What you need to know!

Get your craft on! Come and join us at the ace Harbourside Hub and set free your creativity at our monthly art workshops for kids!

Get your craft on! Come and join us at the ace Harbourside Hub and set free your creativity!

We are very pleased to be providing more art activities for children and their families at Bristol Energy Hub. 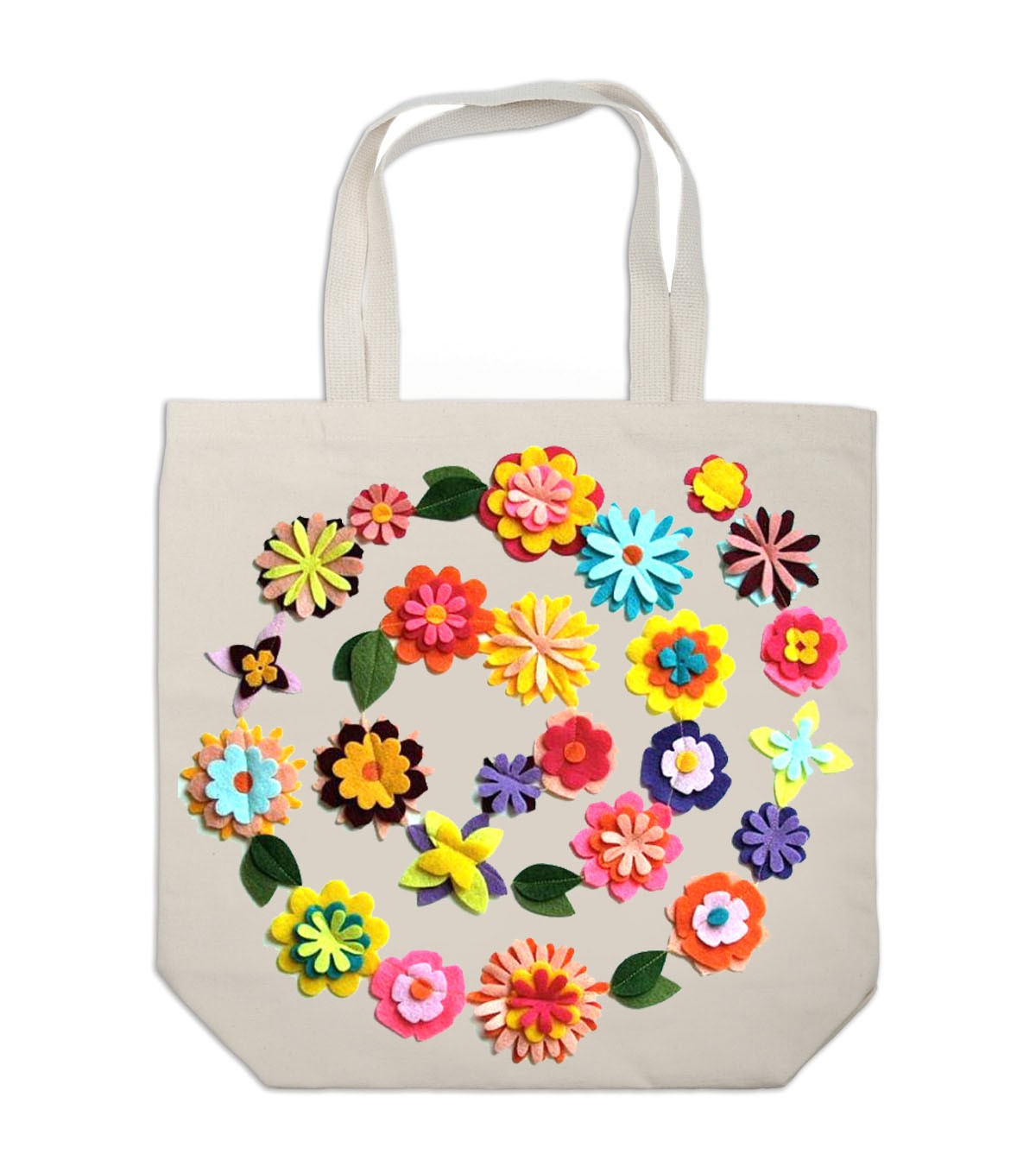 At this workshop, children get to decorate TWO tote bags with hand stitched felt designs – one to take home and one will be donated to Ashton Park School . Their textiles students have made cloth tote bags to take and hand out to the children in Kenya and Tanzania, when they embark on their annual expedition to build classrooms and provide educational materials. The children were delighted with these bags last year as they have many uses for them, including using them as school bags or for storing their clothes in.

Please visit here for information about the charity – https://swbclt.org.uk/bags-for-children-in-kenya/

Our activities are suitable for children aged 5 and above.

Grown ups must stay with young children. Any unsupervised children are left at your discretion and are your responsibility at all times.

The Summer Exam Timetable is now available. Below you can find PDF with exams for all year groups and all levels.

Some of you may remember that last year a few year 9 textiles classes had the opportunity to get creative and make their own tote bags. We took these to Kenya to give to children in one of out partner schools – it was amazing and they adored them.

This year we have been hard at work to incorporate the project into our Year 9 Textiles scheme of work again. We are also opening up the project to the wider school and community with the help of the South West Bristol Co-Operative Learning Trust.

We can all get creative and share the experience, so exciting.

The official launch in school is mid April but if you would like to begin making over the Easter holidays please do!

You can get a step by step of how to make a tote bag at home by following the link below:

Plus a background as to why we have chosen bags as the context is really important.

Alternatively you can buy pre-made tote bags for as little as 50p in shops such as hobby craft and decorate them – some PSHE groups in school will get the opportunity to do this with Mr.Miller and Ms.Sharma in their lessons!

It is such a great project and brings so much joy through creativity, making and giving! Join in!

Any completed bags can be given to Ms.Sharma. We look forward to seeing all of your amazing creations!

Keep up to date with our blog : https://inspirationexpeditions.wordpress.com/

Notice: This website or its third party tools use cookies, which are necessary to its functioning and required to achieve the purposes illustrated in the cookie policy. If you want to know more or withdraw your consent to all or some of the cookies, please refer to the cookie policy. By closing this banner, scrolling this page, clicking a link or continuing to browse otherwise, you agree to the use of cookies. More Info